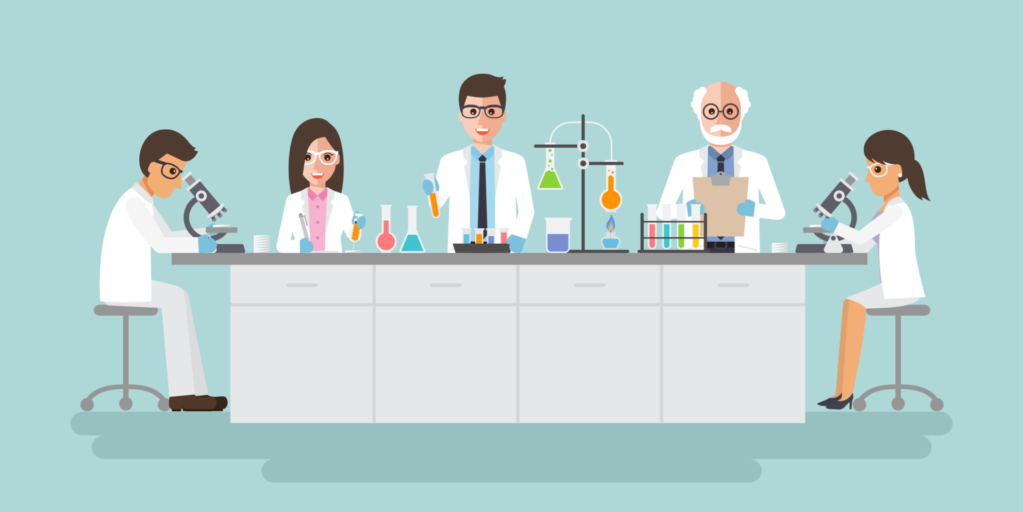 Commentary on a research article from the Journal of Pharmaceutical Innovation published in February 2019 focused on the relation between Operational Excellence (OPEX) and Quality Control (QC) Labs.

This study tried to assess the impact of Operational Excellence practices on the robustness of pharmaceutical quality control laboratories. Researchers analyzed and compared data from 53 small and large labs from 17 different companies in order to evaluate the impact of various aspects of operational excellence methods. The impact was measured using a QC Lab Effectiveness Score calculated from data collected on ten different performance indicators representing lab process stability:

The QC Lab Effectiveness Score is calculated as an aggregate of the various performance indicators and given as a score from 0 up to 1.

To better understand what makes an OPEX program successful, 13 different OPEX enablers have been identified: 10 technical enablers and 3 managerial enablers. Researchers singled out the importance of 9 (highlighted below) out of these 13 dimensions.

When representing the data, a mathematical correlation appears for most laboratories: the higher the enabler implementation the higher the QC Lab Effectiveness Score. However, some low-performing labs do not follow the mathematical correlation theorized by the literature and identified by the study. Indeed, some show exceptionally low QC Lab Effectiveness Scores around .20 while displaying high enabler implementation levels of up to .90.

Since both low-performing and high-performing labs have worked on OPEX, the question then becomes: Is there a specific approach to ensure a successful Operational Excellence program?

How to make a difference

To answer that question, we must get past the mathematical correlation between each topic and high-performance and focus on the qualitative commentary put forward by the researchers. After comparing the functional differences for each enabler highlighted by the paper, one common thread appears: High-performing quality control labs seem to incorporate all these dimensions together into a comprehensive system whereas low-performing labs seem to have done specific work on each enabler without anchoring it into a shared vision.

It becomes especially apparent on certain topics such as Employee involvement & Continuous Improvement where, according to the research, low-performing labs mostly rely on incremental steps without establishing a clear vision. On the other end, that shared vision allows high-performing labs to grant their analysts greater autonomy ensuring a higher employee engagement and a greater overall effectiveness.

As the study showed, simply working on OPEX-related subjects does not guarantee a greater effectiveness. Indeed, there needs to be a clear pre-established vision which helps coordinate meaningful changes improving the organization’s overall efficiency. Since OPEX programs require commitment of time and resources to affect real changes, they need to be supported by leaders and managers who have taken the time to learn and understand the underlying principles. Each organization has its own specificities and constraints due to its sector and history. Therefore, the OPEX principles and methods need to be adapted by a management team which has internalized the concepts and determined the frame of development and relevant points of emphasis.

The study mathematically shows that an Operational Excellence program is required in order to build an effective quality control system. It has revealed a clear mathematical correlation between the level of implementation of OPEX enablers and the overall effectiveness of the Quality Control Lab. It has also highlighted the need for a specific approach: Where low-performing labs seem to be operating in silos when it comes to Operational Excellence, high-performing labs have opted for a vision-oriented approach focused on building a coherent and comprehensive system on the initiative of a supportive management team.

The gap in efficiency between low-performing and high-performing labs shows how strategic it is to craft a coordinated approach to Operational Excellence. A holistic approach can be the difference between incremental changes with limited impact only further demoralizing the whole organization and meaningful sustained improvements providing a sense of purpose and progress.

Article written by Guillaume Bevilacqua in collaboration with Catherine Converset.

A Study of the Toyota Production System

From an Industrial Engineering Viewpoint

This is the “green book” that started it all — the first book in English on JIT, written from the engineer’s viewpoint. Here is Dr. Shingo's classic industrial engineering rationale for the priority of process-based over operational improvements in manufacturing.

Healthcare organizations that have already applied Lean thinking to their processes, with the diligence of effective management and strong leadership support, are now realizing the benefits of their efforts. And, many of those benefits surpass what was thought possible just a few years ago. To be successful, these organizations had to provide the leadership to arrive at their future state.