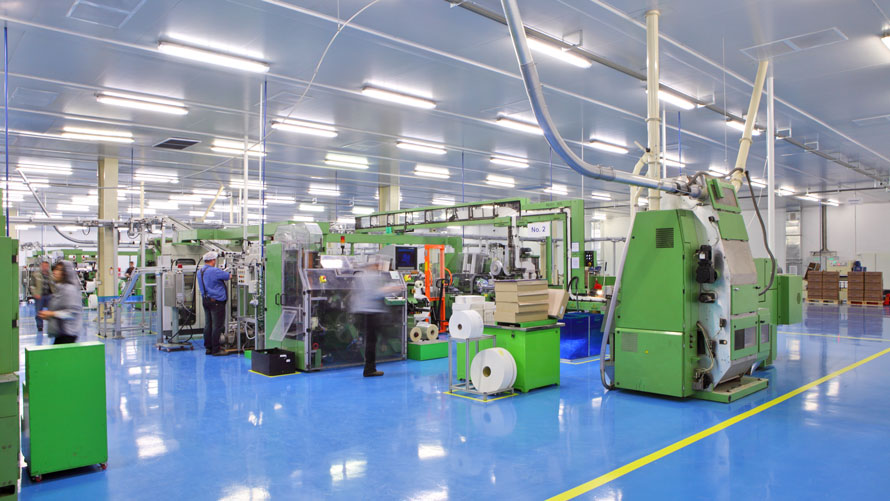 For successful lean transformation, a systematic, long-term commitment is crucial, according to Productivity Inc.’s managing partner Mike Kuta. “Most lean efforts fail because the leadership fails to recognize that it is systemic: First build the people, then the process.

Leaders must become teachers, providing visible evidence that something new is expected, by going into the plant and making expectations clear,” said Kuta. He cited dramatic lean improvements during the past year at Textiles Opico SA de CV (TexOps) active and sports apparel manufacturing company in LaLibertad, El Salvador as an example of effective leadership’s impact at the strategic and tactical levels.

TexOps’ commitment to a renewed lean initiative starting in 2014 netted progress on two key fronts, according to Juan Zighelboim, co-owner with his business partner David Ha: 1) productivity gains through lean improvements lessened the burden of capital investment (reducing pressure to hire new employees or acquire new facilities) and 2) lean-related productivity improvements enabled the company to create reserves it will need to be more competitive in the coming years, in “brutal” markets. “These are compelling reasons to improve, and one of the best ways to do that is the lean route,” said Zighelboim. “We needed to be more efficient. Many companies are myopic, not investing in improvements. We realized that we needed to fix ‘today’ and set up a base to compete in the future, through lean.”

Working with Kuta and Luis Mosqueda (Principal, Productivity Inc. Latin America), TexOps embarked on an aggressive lean program in June 2014. “What they targeted, with the effective support of Ever Montes, plant manager, was a recharging of improvement efforts through the rollout of a lean manufacturing strategy. Included in this strategy were new leadership roles to sustain long-term lean gains, while also increasing workforce capabilities to accommodate a substantial investment in new technology.”

These lean strategies have already generated significant TexOps performance improvements, with the promise of continuing/enhanced progress: The site’s cell design initiatives triggered 40 percent+ productivity gain in each redesigned line, with one line redesigned weekly. Meanwhile, the approximately 70 percent WIP (work in progress) reduction in the sewing lines contributed to a 50 percent defect reduction.

There’s more: Thanks to the site’s Kanban system implementation, inventory between cutting and sewing operations plummeted nearly 50 percent (about five days’ supply trimmed to approximately 2.5 days). Plus a simplified production schedule decreased the supervision required to flow an appropriate inventory of cut parts to the sewing lines.

After downtime analysis identified machine failure as the major culprit, in 70 percent of total machine downtime, TPM was launched in December 2014. Targeting the most common types of failures and the maintenance procedures needed to eliminate these issues, a pilot line (with the highest equipment failure rate) initiated preventive actions that slashed downtime from several hours per month to zero hours. TexOps is currently implementing a plantwide TPM program.

Within the plant, a trust in new ways of doing things has gained momentum as one-piece flow and Kanban triggered dramatic operating improvements during the past several months.

When Mosqueda first introduced one-piece flow and cell redesign on a pilot line, “There were question marks on people’s faces,” Zighelboim said. “But within a week, almost magically, flow results were better, output and income increased, and it was accepted.” Operators learned that shifting part of the workload to lesser burdened workers, when needed, helped to boost output; fewer workers per line can turn out more product. The strategies were later implemented on other lines, with similar results.

“One-piece flow is a big deal,” said Zighelboim. He noted that a typical line with 28-30 people previously might have been cluttered with enough pieces to make 300 garments. Using the new system, operators pull from a conveyor only the pieces they need to make one garment at a time, eliminating time previously spent searching for the needed pieces. In turn, visible WIP decreased by as much as 80 percent.

A TexOps “no layoffs” policy ensures having the necessary capabilities when they’re needed. Employees are paid even when they’re not needed on the line for a few days.

“It’s a lot cheaper than laying off trained operators or mechanics,” commented Zighelboim, “and it’s been in our DNA for a long time—also, we look at employees spending so much of their time with us it’s important too that we invest in social programs.” A

daycare facility with Montessori certification and a training center for unwed mothers who need basic workplace skills reflect the company’s respect for employees. A representative from each plant module, the human resources (HR) manager and others meet monthly to address employee concerns.

Such investments in human capital help TexOps minimize turnover. Although the challenges of working on a sewing line, with constant style changes, can escalate turnover during an employees’ first six weeks to six months on the job, most who become acclimated to the system are extremely loyal—a key contributor to the company’s longer-term agility and competitiveness.

Creating and sustaining trust with key customers, suppliers and employees requires a substantial leadership commitment—and time, according to Zighelboim. “You’re talking about slow cooking, not a microwave,” he said of TexOps’ philosophy. “You’re building trust, as you invest in new equipment and the skills of your workforce.

“Now we are starting to think strategically, about resources that are needed to help our customers meet demand for the next five years,” Zighelboim added. “We have a good group of people who understand the importance of working effectively with our customers. We plan to continue emphasizing the use of lean tools and will also work on strengthening our strategic innovation. We must cultivate capabilities that will take us to the next level, to assure our future.”

Recently while working with a client on the creation of an abnormality notification system (a communication system in which yellow tags are attached to the equipment at the site of an abnormality) we received some major push back from the maintenance manager. He said, “I don’t want a bunch of tags hanging all over my equipment like a Christmas tree!” After some further discussion it became clear the root of his objection was fear. Fear that abnormalities found on the equipment would be perceived as negative and look badly on the maintenance crew.

If you have the same fear in your environment, please consider this. Abnormalities caught early are opportunities to avoid a potentially major equipment breakdown. Instead of thinking about the yellow tags as a visual sign of what’s wrong (negative) think of them as a visual sign of opportunities to avoid larger problems (positive). Happy Tagging.

Reshoring is increasing, according to some studies, as companies in the U.S., U.K., and other Western countries take a fresh look at their product and service sourcing strategies in the wake of the global recession. While some pundits dispute the extent of the manufacturing resurgence, as well as the net impact on jobs, there are early signs of a trend.

Last month saw another round of graduates from our Lean Manager for Services Certification held on the campus of The Ohio State University. Instructor and Executive Partner of Productivity Inc., Catherine Converset, spent a few minutes with us recently to talk about implementing lean in service and administrative functions.